A decade ago key finds from the Shaw Cairn excavations were in danger of being lost forever. The Reverend Marriott, circa 1800, had mentioned in his book, Antiquities of Lyme, barrows near Shaw Farm. In the mid-1970s, four amateur archaeologists with help from school students started ten years of excavations around the trig point on the top of Mellor Moor. They found a Bronze Age burial, which they called Shaw Cairn. Flints, pottery and cremated bones, which were stored in Kilner jars with names such as Hector, Marcus and Fred, were found. The only written record was a diary. In 2000, the material was rescued from one of their garages and a report was written by Victoria Mellor, a student on secondment to GMAU.

Now the surviving material has been expertly examined, while new work has revealed unexpected riches, as John Hearle reveals: 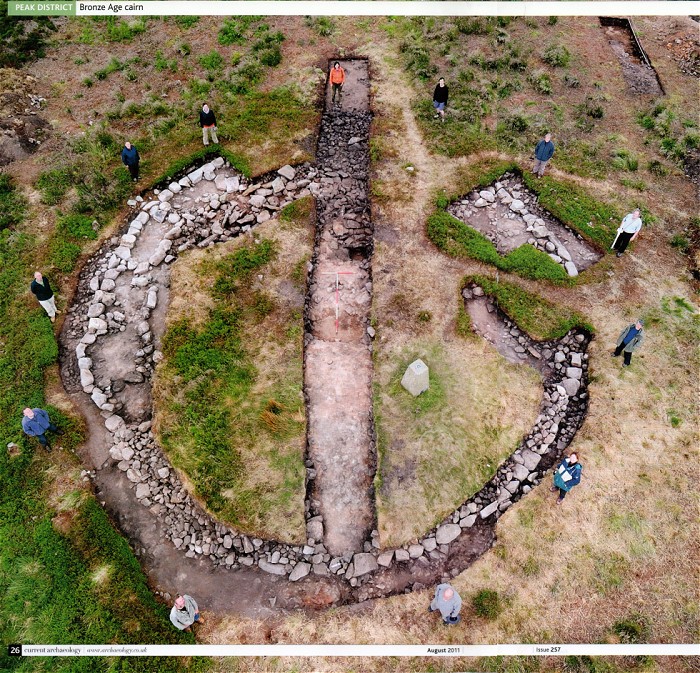 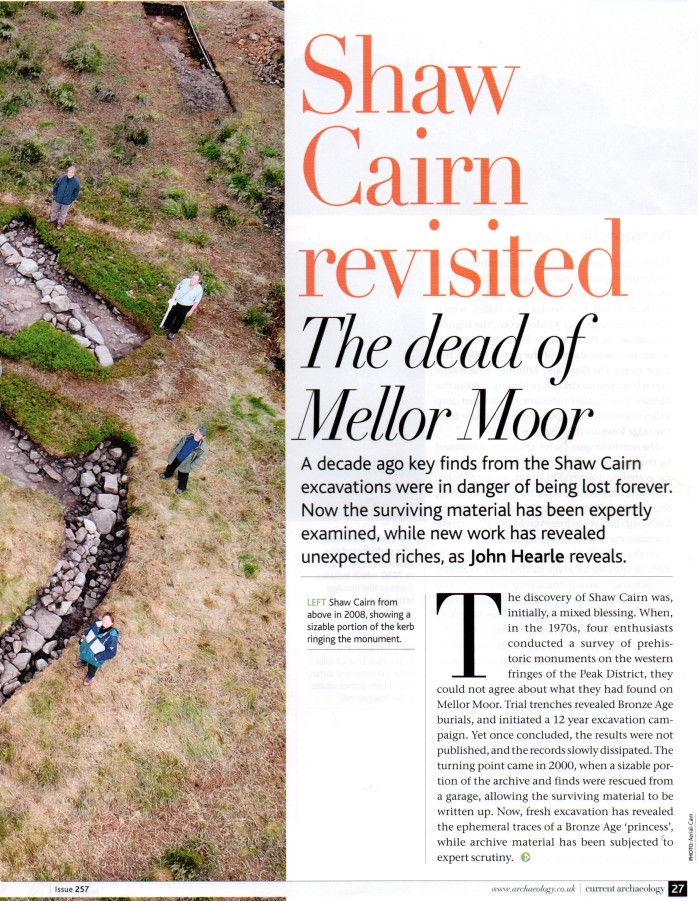 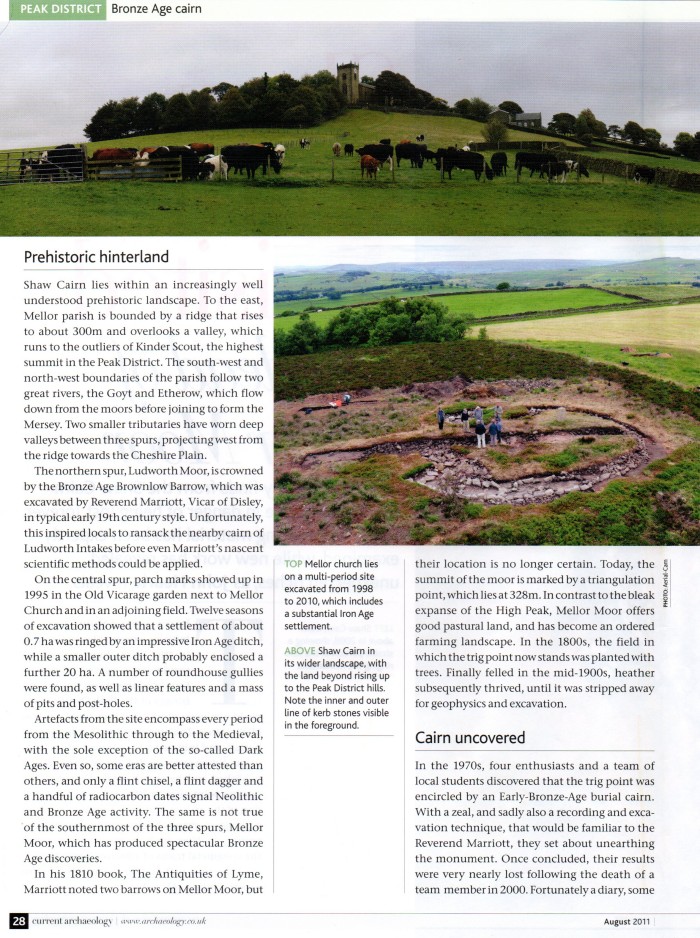 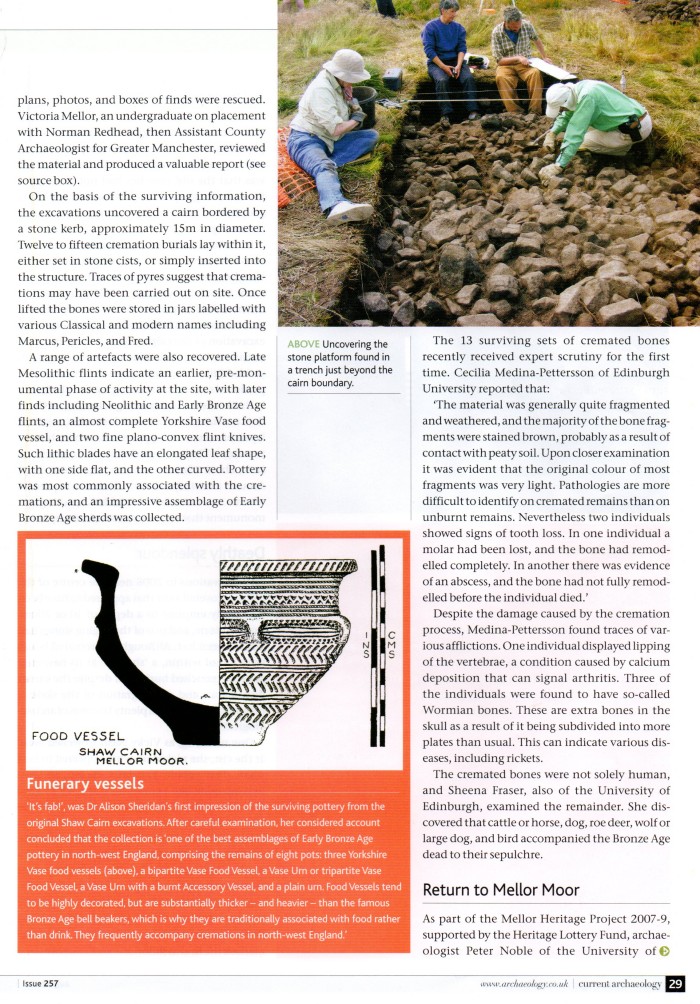 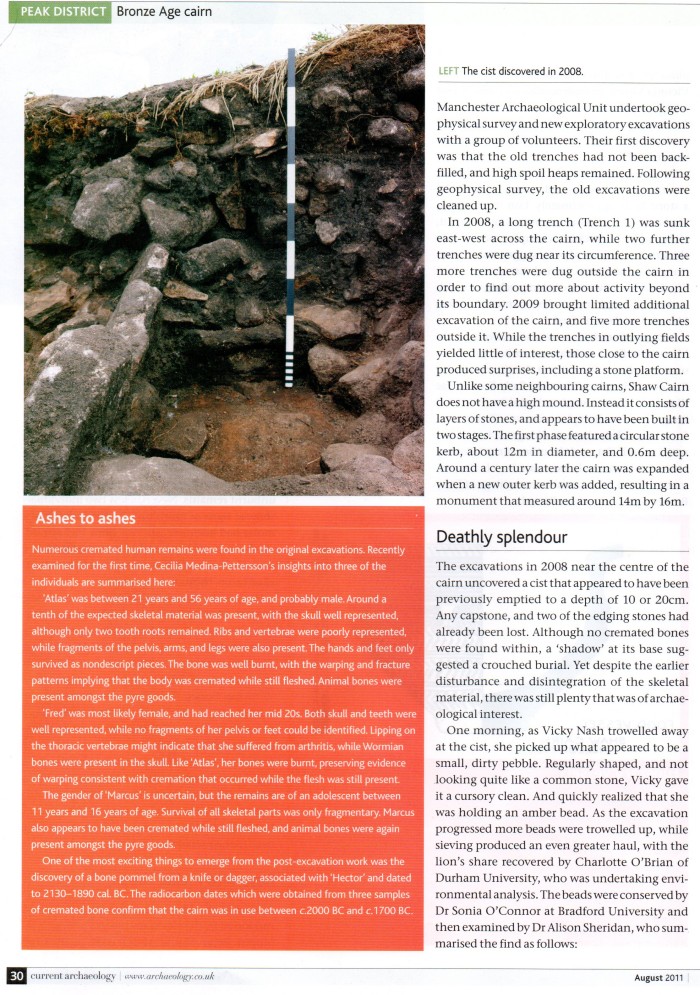 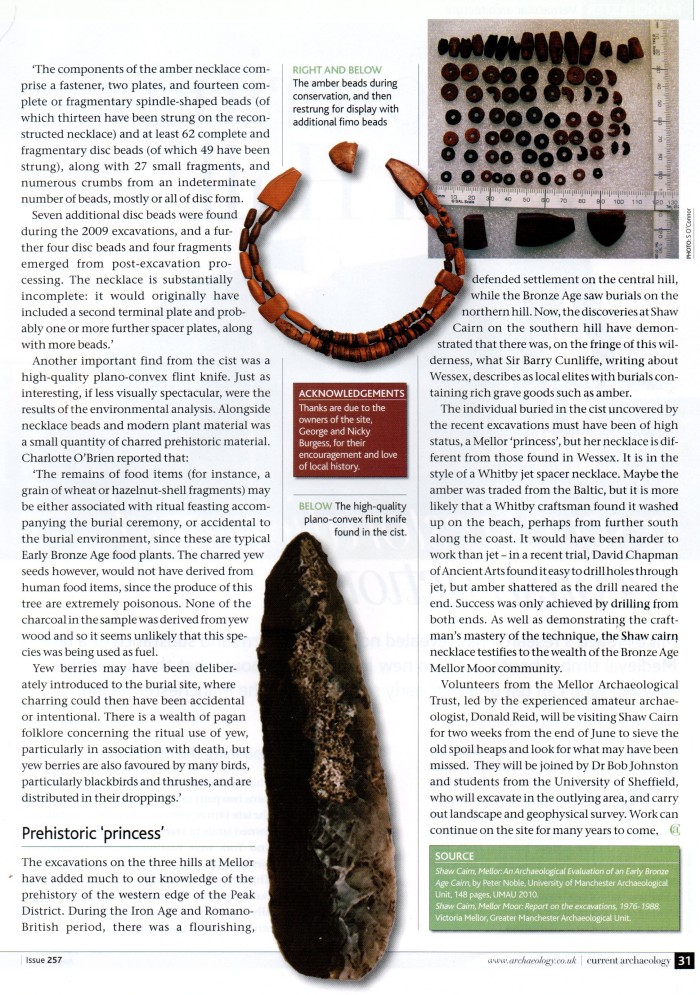